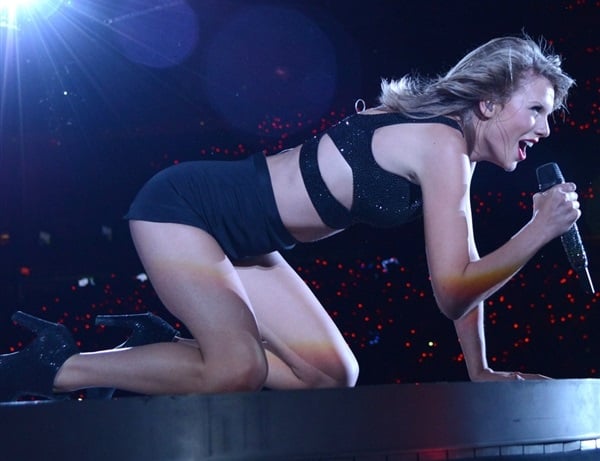 Taylor Swift is notoriously competitive with other pop stars, and often gets in feuds with anyone she thinks is trying to copy her stage show (her beef with Katy Perry was reportedly over Katy using a few of Taylor’s backup dancers for her tour).

So no doubt Taylor’s claws are going to come out against rival Ariana Grande, as it has been revealed in the photo below that Ariana is now crawling around onstage showing her ass off just like Taylor Swift does on her tour (in the photo above). 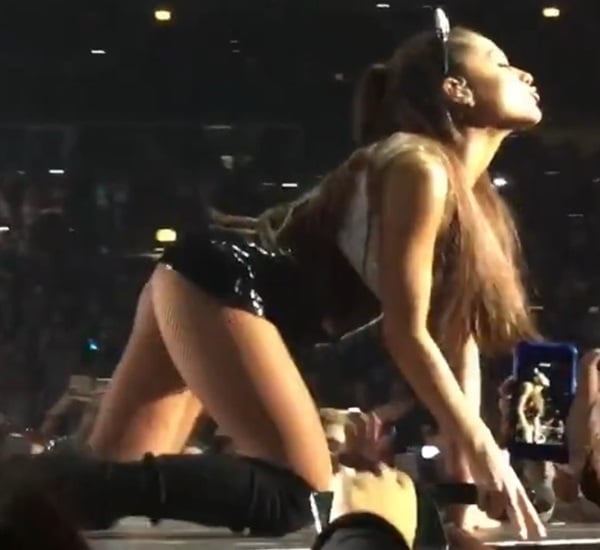 Of course there are a couple of glaring differences between Taylor Swift’s onstage crawling and Ariana’s. For one Ariana arches her back and sticks out her tight little ass better than Taylor. While Taylor looks more focused and likely to start sucking her microphone off. 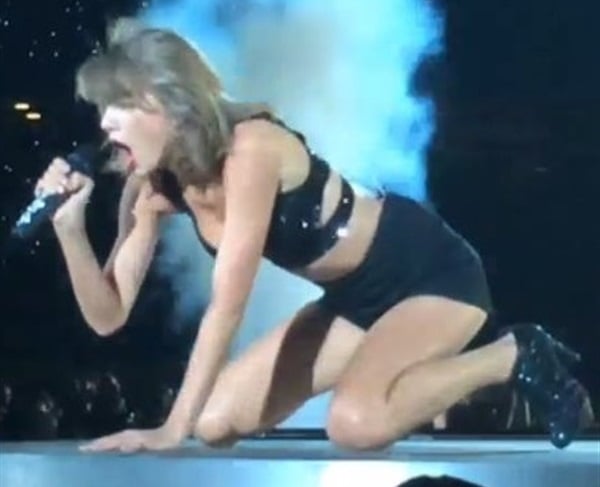 Upon further inspection comparing Taylor’s and Ariana’s all fours posture in the photos above and below, it is clear that even though Taylor originated the move Ariana looks better doing it. Certainly Taylor does appear more eager to be deep throating a cock, but really this position is all about accentuating the ass and Ariana is light years ahead of Taylor in that respect. 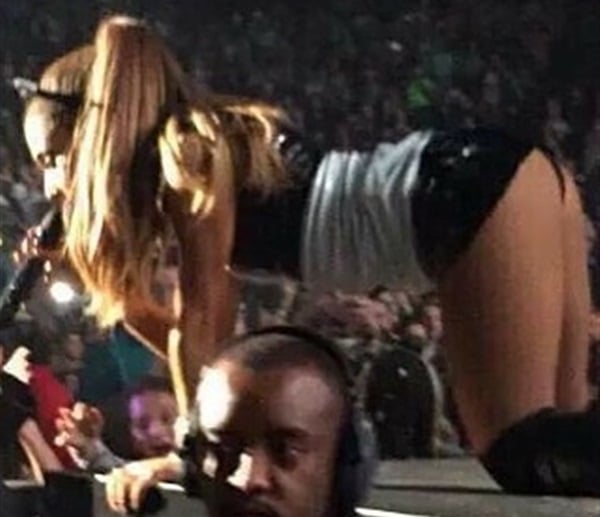