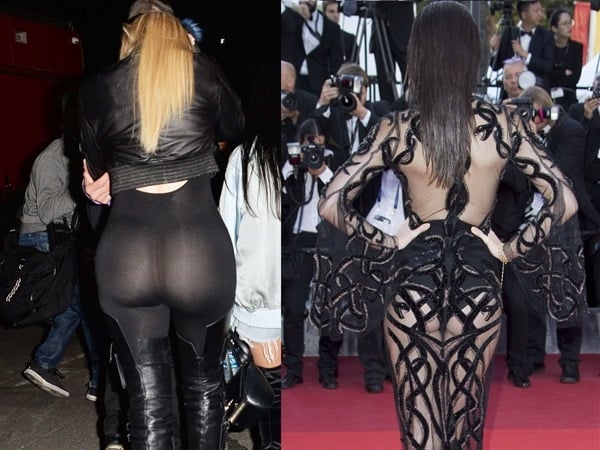 Half-sisters Khloe Kardashian and Kendall Jenner both flaunted their ass cheeks out in public yesterday in the disturbing photos below.

Despite Khloe and Kendall both being brazen whores from the same genetic cesspool, these booty flap photos couldn’t be more different. For as you can see in the photos above Khloe is clearly emerging from a smokey back alley behind the Roscoe’s House of Chicken and Waffles in Compton, while in the pics below Kendall is on a red carpet at the Cannes Film Festival in the south of France.

Yes even among a degenerate clan of Armenian gypsies there is a hierarchy, and clearly monstrous looking bloated ass mudshark Khloe Kardashian is at the bottom. Of course having Khloe at the bottom of the Kardashian/Jenner pyramid of depravity means that they have extremely sturdy base, for it would take many shots with a wrecking ball to knock this gigantic Frankenstein of a woman over… Us Muslims certainly look forward to the challenge.