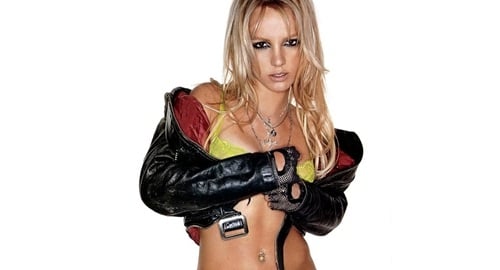 When talking about disturbing depraved Western women one name is usually first to pop into mind, Britney Spears.

For years now Britney Spears has been prostituting her body all in the name of the Zionist controlled music industry. Unfortunately this she-demon also spawned a few offspring thanks to the help of dim-witted wigger.

In civilized countries like Yemen and Syria whores like Britney Spears are not allowed to raise children, it distracts them for their duties servicing powerful Muslim Sheiks. The children of these prostitutes are humanly put down by tossing them in the nearest river. However, in American society the government does nothing to dissuade whores from raising babies and thus polluting the population with their whore genes.

Well now Britney Spears has shown once again that she is an unfit mother. Look at her shacking her ass while “performing” in the GIF below.

Do you know how mentally messed her children will be when they are old enough to realize mommy does this sort of thing for money? I wouldn’t be at all surprised if there is a large collection of dead hookers in their future.